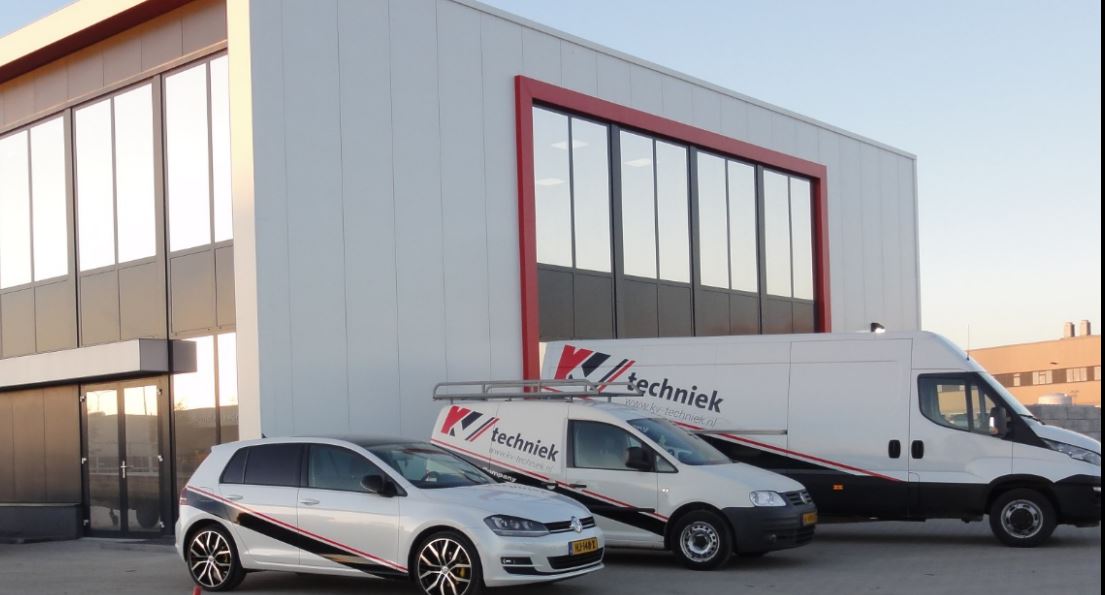 Bastiaan Krijger started his entrepreneurship during his Higher Professional Education. He was involved with several technical projects in various branches. In 2012, he bought a batch of robots from Opel Antwerp and investigated if there was a market for automation by means of industrial robots. This way, a lot of manual activities could become more efficient. This was the start of KV-Techniek.
During the first years, Bastiaan and his wife Annemarie worked together at a small office in their homevillage called ‘s Heer Abtskerke. Soon this location became too small, because KV-Techniek grew rapidly into a well-known company and had projects throughout Europe. Five years after the foundation of KV-Techniek, the company settled into a new, bigger office in Goes. Nowadays, around 20 people work at KV-Techniek.
Because of our wide experience in production processes, KV-Techniek knows the production process inside and out. Thanks to this knowledge, KV-Techniek became a partner who is able to empathize with producers and is aware of the many differences that exist in production processes.